As dairy farmers continue to look towards the future with a focus on sustainability, incorporating biodigesters onto the farm is an opportunity to source additional revenue while doing good for the environment.

Biomethanization technology is a burgeoning industry in Canada. As dairy farmers continue to look towards the future with a focus on sustainability, incorporating biodigesters onto the farm is an opportunity to source additional revenue while doing good for the environment. Stanton Bros. Ltd., pictured above, is primed to become a pioneer in this field. The Ontario dairy farm is steps away from the next phase of an innovative project to convert on-farm and off-farm waste into biogas that can be sold back to energy utilities. Stanton Bros. currently sells its biogas to B.C. energy provider Fortis and hopes to soon contribute to the Ontario grid.

Like other projects of its kind, collaboration is key to its success. Stanton Bros. teamed up with Guelph-based Rural Green Energy and Shakespeare-based Stonecrest Engineering to design and develop their two biodigesters.

Elsewhere in Ontario, Clovermead Farms got its biodigester off the ground thanks to grants from the Ontario government’s Green Energy Act. Korb Whale, farmer and owner of Clovermead Farms, invested more than $2 million in capital on his anaerobic biodigester in 2009 before landing a contract to sell electricity back to the grid. “I’ve always liked the concept of being able to produce power with a waste product on farm,” says Whale. “We’re reducing our greenhouse gas waste by almost 95 per cent.”

In addition to about 10 tonnes of manure from his farm, Clovermead's digester takes in approximately 8,000 tonnes a year of food waste from local producers and processors. Whale's farm also generates additional revenue by taking in this food waste while lowering its own carbon footprint.

“I think that’s one of the exciting things about anaerobic digestion in general, the circular nature of that economy," Whale says. "We’re producing food that we send to the cities of the processors to make food for people, the waste from that food comes back to our digester, creates electricity, creates heat, creates fertilizer and it creates bedding [for cows], so that loop gets completed.”

Over in Quebec, an innovative biogas project launched by sharing the costs – and revenues – among 12 local agricultural producers and one cheese processor. Coop Agri-Énergie Warwick is now selling biogas back to the Énergir gas network, the main gas distributor in Quebec.

Josée Chicoine, director of agrifood development at Coop Carbone, a non-profit with a mission to act on climate change through collaboration, is co-general manager of Coop Agri-Energie Warwick. She says the project’s backers observed that many farmers were interested in biomethanization but were unable to implement it on their farms. Not only does the Warwick project allow several smaller farmers to share in the cost, it also generates a whole new revenue stream from energy production.

Complex challenges – like climate change – require innovative solutions, and we salute all those pursuing biomethanization projects in their communities! 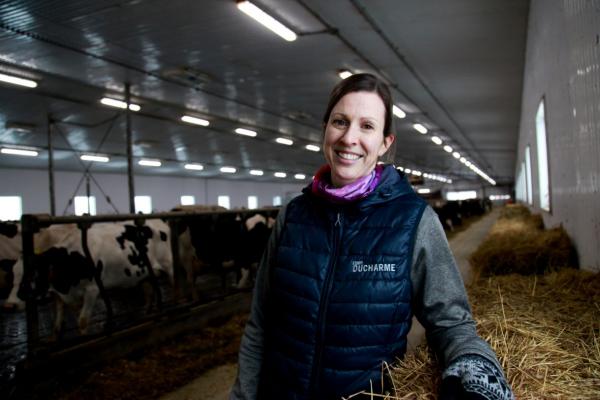 Should you be worried about hormones in milk?